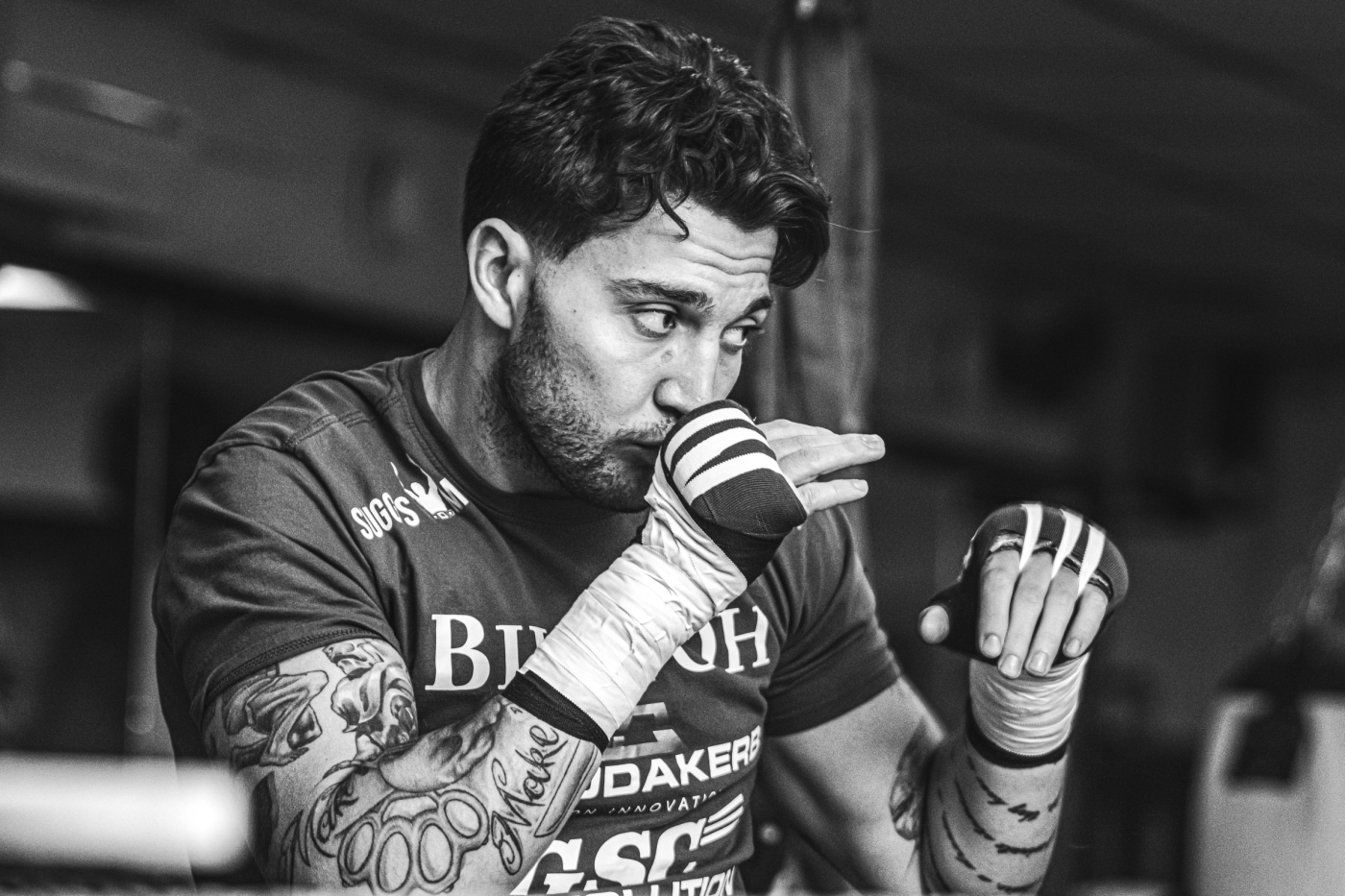 In a last-minute change to the bill for BRAGGING RIGHTS, Newark‘s Chad Sugden will now face Lancashire-based Luke Blackledge in an 8-round Light Heavyweight Main Event on Saturday 6 July.

Ranked Number 9 in the UK and a former Commonwealth champion, Luke replaces Chad’s original opponent Sebastian Slusarczyk, who has been forced to pull out due to injury.

“Just a couple of days ago, we lost Chad’s opponent for the Midlands Light Heavyweight title,” said his head coach, Dean Sugden.

“But in true Suggy’s Gym fashion, I didn’t want to tell Chad, his sponsors or his fans that we were going to replace Seb with a soft option. We’ve trained so hard and prepared meticulously for this fight so we wanted a real test, against a real opponent.

“With no one else willing or able to step up and face Chad for the title, I’m absolutely delighted that’s exactly what we have in this bout with Luke, who has 26 wins and only six losses on his record. One of these was against current undisputed WBC World Champion Callum Smith, who was taken 10 rounds by Luke, whose other losses were all at World level.

“Although Chad’s disappointed to lose Seb, as he wanted to put on a master class show and bring the Midlands title to Newark, I think we both had a feeling he would pull out. Now we’re buzzing to be testing our skills against a much higher ranked, higher calibre fighter. It’s a major bonus for all the fans and supporters who have already committed to this event – things just got REALLY exciting for Saturday 6 July.”

Chad commented: “Thanks to both promoter Scott Calow and to Dean for securing a fight that’s going to be even better than the one originally on the cards for me next month. I can’t wait to show everyone that the hype is real and I’m here to become not just champion of the Midlands but to take over and become champion of the world one day.”

“It’s been a tough week, with Jordan Ringham also pulling out due to injury at the same time as Seb, but with the help of various people we’ve managed to save the show,” said Scott.

“My thanks to Paul Thompson for stepping up to join the card and to Steve Wood, Luke’s manager, for his help in getting Luke on board.

“And of course to Chad, Dean and the rest of their team for agreeing to go forward at such short notice with what is potentially a more difficult contest but which, being such a big fight, will boost Chad’s own ranking.”

Limited tickets for the event, which takes place at the Harvey Hadden Stadium in Nottingham and also features English Champion Ekow Essuman, are still available from boxers on the card.

This site uses Akismet to reduce spam. Learn how your comment data is processed.